Wow, it’s been a very busy four or five months. I have been away so much in the fire engine that I have had no spare time to update this stuff, so many conversations with so many people, emails to deal with an the odd show and meet too. I have posted quite a few bits on Twitter and some pics on Instagram too, some more things here, here is the run down….

The registration documents came back before the end of March which meant that I was able to drive the fire engine on the road as a camper van before I had planned, basic idea was to get it road legal for Easter but it was all done early.

First trip was a few days a Dobbs Weir near London, all went well and we tested everything.

Next trip was a few days in Montreuil sur Mer in France in May, a round trip on the Eurostar for a few days, all good too, had to explain the whole idea in French a few times but it was all fine. 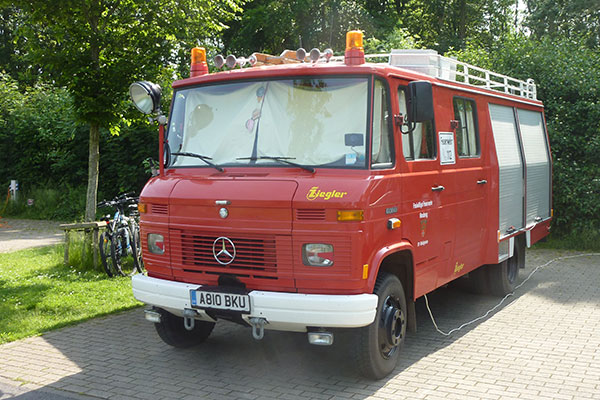 Late May we went to Belgium by ferry and back through France, this trip was the first time we had rain, good news, no leaks or drips and there was no condensation problems either, the fire engine turned out to be a great place to be when it rains, the sound of the rain on the roof is great. 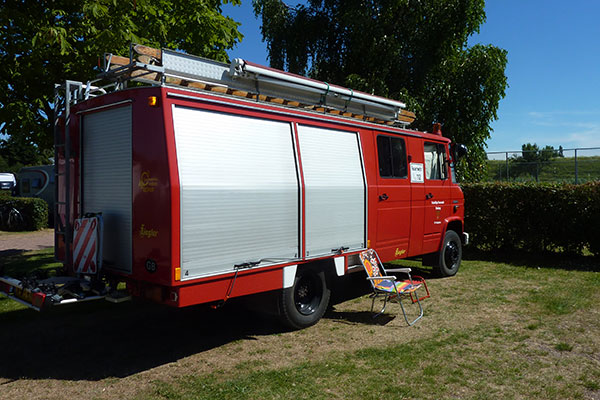 In July I went on a road trip through France, Belgium and Holland via Dover and back from Hook van Holland to Harwich, took the bike and did some rides around Vorne and Putten. The trip was just sunshine and 35 degree temperatures, sleeping in the van was fine and with all that sun the blackout curtains really helped with the early morning sun. 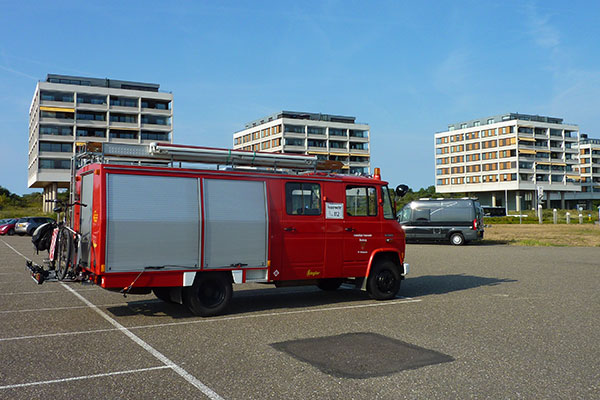 Later on in July we set of on our summer road trip, first to Cornwall then over to Lower Normandy via Poole, probably around 1800kms with no real problems, a few little bits to deal with, loose bumper, bent tow bar drop plate but nothing more serious, there is a video of the road trip coming up…

Now back in Cambridge I have Summer Update video…. enjoy.

Look out for more videos soon..