It’s been a while since I have posted anything on here, I have been quite busy with work over the past few months. There have been some developments in the VW area though. We went to Amiens in France for the brocante in April, it’s been an odd year for the weather so far and even then in April it was much colder that we have been used to in previous years. The van held up well and got us there and back with no drama.

Over the past few months I have been searching out as many pictures and videos that I can find documenting my VW history, from a picture of my in 197x next to my dad’s 6V beetle and even a video of my 1972 Bay Devon Moonraker that I made in Chichester in 1991 on cine film… all to be posted on here very soon. 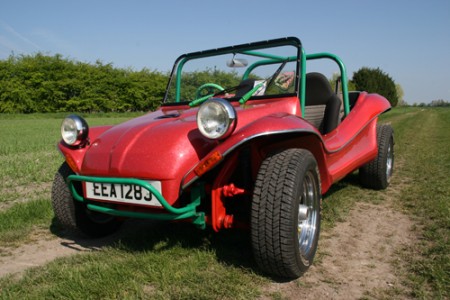 The VW Beach Buggy that was purchased and built in 1989 from Country Volks in Basingstoke has finally made it to Cambridge, it’s my time to look after it now, so after 24 years in Suffolk it’s made it to the city. I have take it to a few shows this year, Stanford Hall was the first outing in it this year. After 50 miles in 10 years it did 250 in one day, no problems to speak of, except the non-functional fuel gauge, I found that a wooden fork can tell how much fuel there is.

The next trip in the buggy will be to the show in Holt on July 6th, looking forward to that one and lets hope the weather is ‘Buggy Weather’.