It’s been a while since I posted anything about the Renault 4 so it’s about time I did.

Over the past 18 months the Renault 4 has become my car of choice, I have several others, namely the new VW Transporter that I have been busy converting to a camper and travelling in, the VW Up! and the Reimo LT28, the Renault 4 has been the car I choose for many reasons. It’s small, it’s reasonably economical, it’s got great character and it’s super easy to clean inside and out.

Other than the MOT in May last year and the minor preparation for that there had been little to do on the car, I still had some odd less than smooth running, the car would run and drive but it didn’t feel that it had all of it’s limited power.

I replaced the carburetor with a reconditioned unit from France, a Zenith 28IF no less, this was a massive improvement. I had fitted a repair kit into the existing carb but there was actually a crack in the casing that I noticed after fitting the recon one. 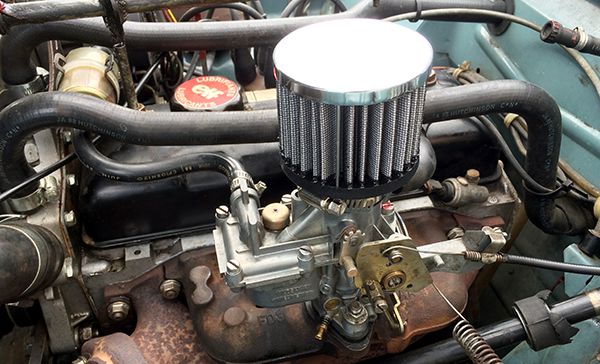 I also took the time to inspect and replace the exhaust manifold gasket, the gasket was fine but only a couple of the nuts on the stud were actually tight. I decided to put a small air cleaner on the carburetor rather than the stock unit and with all the work done the car runs flawlessly, very economical and super smooth running. 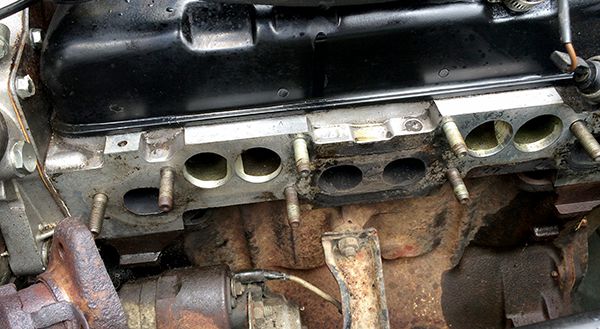 In late summer, after much driving and wondering why the car was filling with exhaust gas I discovered that the problem was not actually at the front of the car at all, it had nothing to do with the exhaust system either, it turned out to be the tailgate rubber seal, the door wasn’t closing quite as snug as it should and the gas was being drawn back into the car, I ordered a new one and as a temporary measure a couple of pieces of 15mm foam pipe lagging from Poundland fitted perfectly on each side and the door closed and the seal was made, no more gas in the car, marvelous. 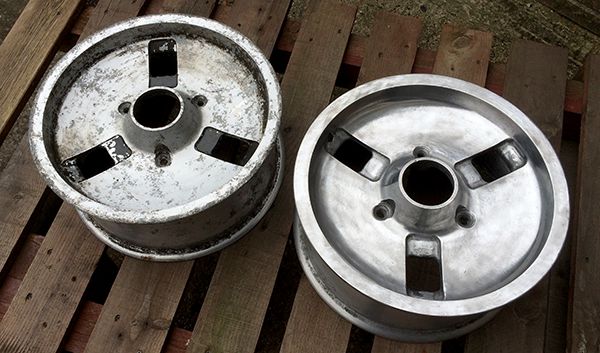 In September I found a set of Renault 5 Turbo Gordini wheels for sale somewhat locally on eBay, I bid and won them for £10.00 each, they looked quite rough and when I collected them they were rough, oxidised and very dirty. I spent around 10 hours each on the wheels hand finishing them, lots of rubbing down with wet and dry paper and then polishing with Autosol Solvol, they have come up really well and not bad for the cost and effort. I ordered 12 new wheel nuts from a website in France (Top Retro) that fitted the profile of the nut seats on the wheels. I went for Uniroyal RainExpert 155/75 R13 tyres, all in around £200.00 for the wheel and tyres. 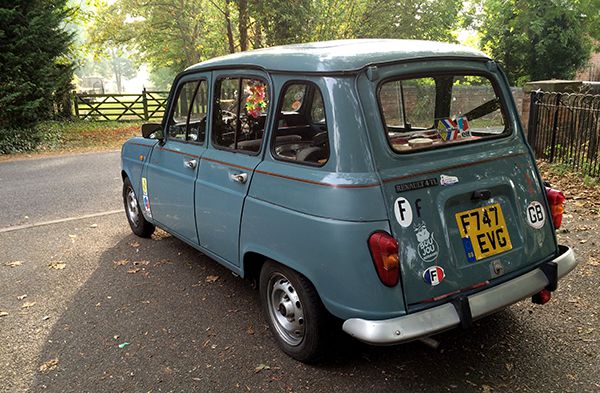 Setting of for Hundon to do some work on the car in late September, loaded with the four wheel and tyres and the thoughts that I would get those on the car and perhaps, once and for all, find the source of the front wheel ‘rattle’ during the days tinkering. I got as far as Sturmer is Suffolk and the problems started. Lots of noise from the front of the car, water temperature up and squealing belts. I pulled over to have a look, the water pump had lost a securing bolt and water was simply ru‌nning out of the front of it, time for the AA. After a quick relay to the workshop I took the pump off, deciding to tap and plug the hole in the water pump and fit a bung in it I managed to get the pump back on the car and running again quite quickly, hopefully the repair will be long lasting, I have found a brand new head and head gasket since so I have one in stock should problems with the water pump return. 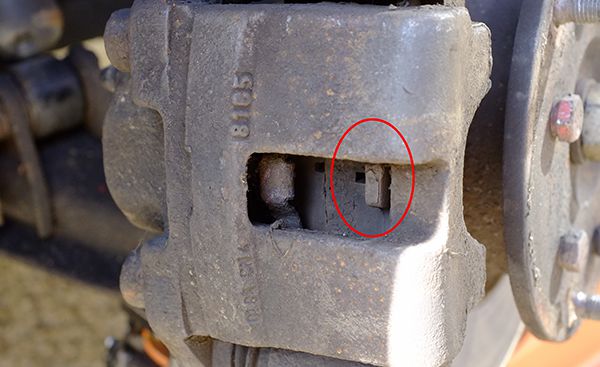 The same day I fitted the Gordini wheels on the car and found the problem ‘rattle’ from the front end. The wheels look great with the slightly wider tyres, more on that later. The ‘rattle’ turned out to be simple in the end, though not knowing what to expect I hadn’t noticed the problem before. I stripped both brake calipers off the car and inspected those, lubricated the running pins and reassembled, that is when I noticed that on each side of the car only the outer brake pad actually had a retaining clip, as it was the same both sides I assumed that that was how it was, I had new pads and clips so I fitted those and not it is rattle-free from the front end, I will have to get a radio now for entertainment. 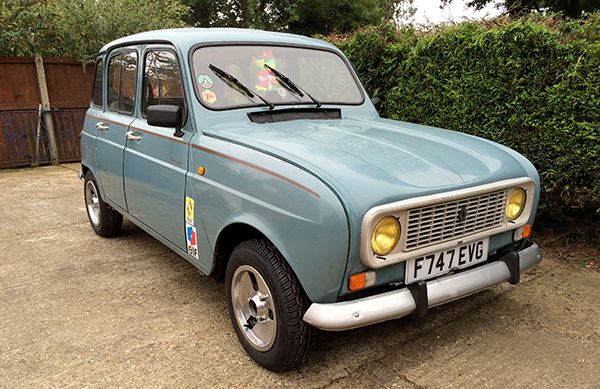 So, winter came and much driving around in the car, me and the dog going for rides and long walks, cafe trips and trips to Suffolk all went off without issue. New Years Day comes and it’s time for a family trip with the dog, two adults, two children and a dog all in a Renault 4, now another problem. Up until now it had only been me in the car, sometimes with the dog, sometimes some guitars, sometimes the drumkit, some computers, but only ever me. Fully loaded the car wouldn’t go around corners as the rear typres contacted the wings, we limped home all leaning to turn left and right, no damage done but it is now a car just for two. I have the original wheel that I want to refurbish so I will use those for the summer months to come. 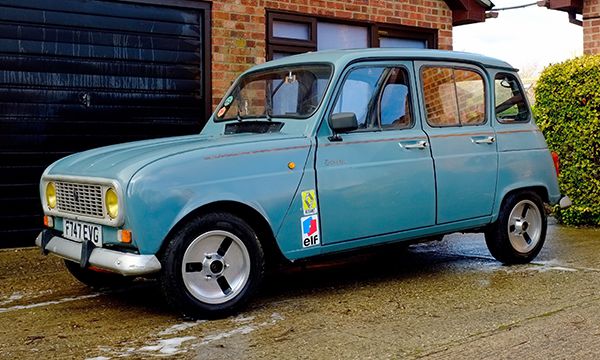